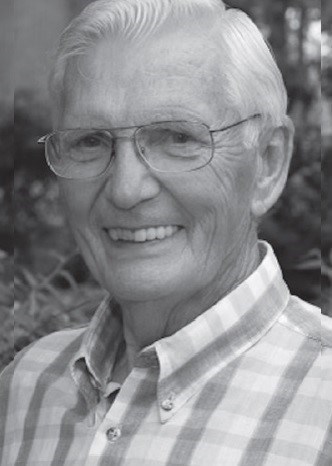 Roland (Ron) Joseph Bessette, born May 28, 1930 in Waterbury, Connecticut, left this life on January 15, 2023 to be with the Lord, our God in Heaven. After graduating from Yale University, Ron served his country in the Korean War as an Intelligence Officer stationed in Washington, D.C. Ron began working for Travelers Insurance, married, had four children and resided in Old Bridge, N.J. for many years. After his well deserved retirement, Ron and his wife, Sue found the home they loved in Midlothian, Virginia where they joined Sycamore Presbyterian Church. Both were involved in many ministries; Ron’s favorites were Joni and Friends, “Wheels for the World” and “Knitting His Love.” Ron is pre-deceased by his parents, Romeo Joseph and Salome (Budris) Besette; his brothers, Robert and Richard; his brother-in in-law, John Ryan; and his niece and nephew, Sharon and Gary. Roland will be remembered always by his loving wife, Sue Bessette; his sister, Lorraine; his children, Susan, Jeffrey, James, Lisa, Terry and Victoria, along with their spouses; his grand and great-grandchildren, his nieces and nephews and those special friends whom he allowed into his heart. A memorial service honoring Ron’s life will be held at Sycamore Presbyterian Church in Midlothian, Virginia at 1 p.m. on Saturday, January 28, 2023
See more See Less

In Memory Of Roland Joseph Bessette