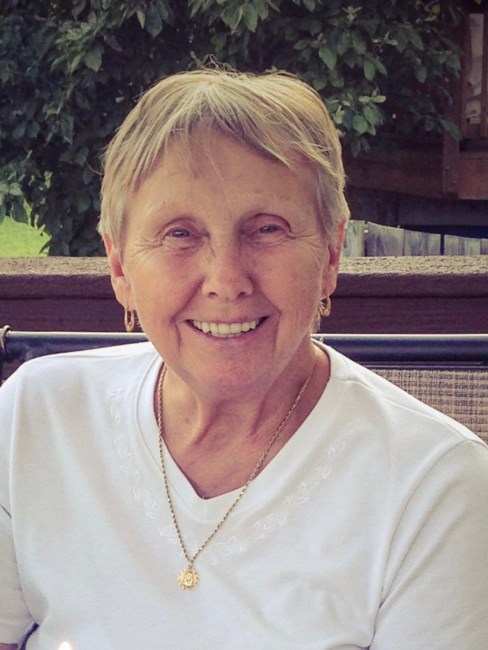 Joan Marie Weakland, 78, of Woodbridge, Virginia, passed away peacefully on November 20, 2022 from complications caused by Alzheimer’s disease. Joan is predeceased by her parents, Mike and Evelyn, brother Mike, sister Joyce, and husband Jim. Joan is survived by her four children Jimmy, Jackie, John, and Joseph along with her nine grandchildren and great grandchild. Joan was born and raised in Bakerton, Pennsylvania, then while still a teenager and married to the love of her life Jim Weakland, moved to Virginia in 1962. Joan devoted her life to her husband, children, grandchildren, and friends. Joan was a devout believer of Jesus Christ and zealous follower of Catholicism. An active member of Our Lady of Angels Catholic church in Woodbridge VA, Joan volunteered for numerous ministries and was a member of the Catholic Woman’s Council. As a member of the “Red Hat Society”, Joan enjoyed attending shows at the Riverside Dinner Theatre as well as other venues throughout Northern Virginia. Raising four children, Joan could always be found at sporting events, school events, and other organized activities supporting her kids. Joan was married to former Prince William County (PWC) police officer, Lt. Jim Weakland for 32 years prior to Jim’s passing in 1992 and was a member of the PWC Police Department Wives Association. We would be remiss if we did also mention Joan’s second love…Barry Manilow. If one was to summarize Joan Weakland’s life and personality in “adjectives”, the summary would read as follows… caring, compassionate, loving, devoted, spiritual, motherly, and most of all selfless. Joan will be greatly missed here on earth but is now at peace with her Heavenly Father and all who have gone before her in Heaven. A celebration mass will be held at Our Lady of Angels Catholic Church Friday, December 9, 2022 at 11:00 a.m. Directly after the mass a reception will be held at the OWL Bingo Hall on 1306 F Street in Woodbridge. In Lieu of Flowers, donations may be made to the Alzheimer’s Association at alz.org.
See more See Less

In Memory Of Joan Marie Weakland

Our Lady of Angels Catholic Church

Reception in Celebration of Joan Weakland