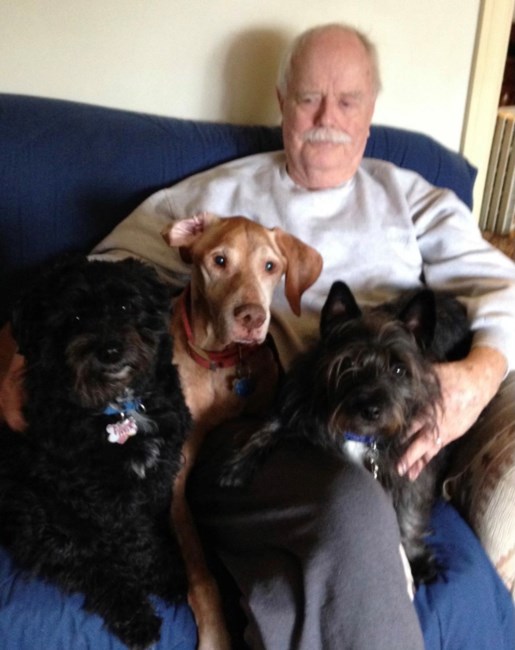 James (Jim) Alan Wright died Jan. 19, 2023 after a long illness of COPD and more recently, Cancer. He was born Feb. 28, 1939, and was predeceased by his parents, Mildred Saddler Wright and Alexander Steele Wright, Jr. Jim is survived by Cynthia (Cindy) B. Wright, his wife of 36 years, as well as two daughters, Cynthia (Cindi) Wright Highfill and Carol Elizabeth Wright. He is also survived by three stepchildren, Tonya Hawker, Thomas Ragland and Travis Ragland, along with three grandchildren, six step- grandchildren and one great grandson, and two brothers, Richard Bernard Wright and Alexander (Jack) Steele Wright, III. Jim lived in several southern states when growing up and attended North Fulton High School and Georgia State College in Atlanta, Georgia. He worked for ISO (Insurance Service Organization) for over 35 years before retiring. Jim was a jack of all trades and master of most from things that needed repairing around the house to building a garage, restoring a 1949 Ford and motorcycles. He loved outdoor activities and in his 70s you would see him ride his motorcycle as well as work on and race his go cart. In his later years most of his time was spent building models from the World War II Era. Rest in peace without the pain you have been enduring and know you are loved and will be missed by all. In lieu of flowers, the family requests contributions be made to the American Cancer Society or the American Lung Association.
See more See Less

In Memory Of James Alan Wright