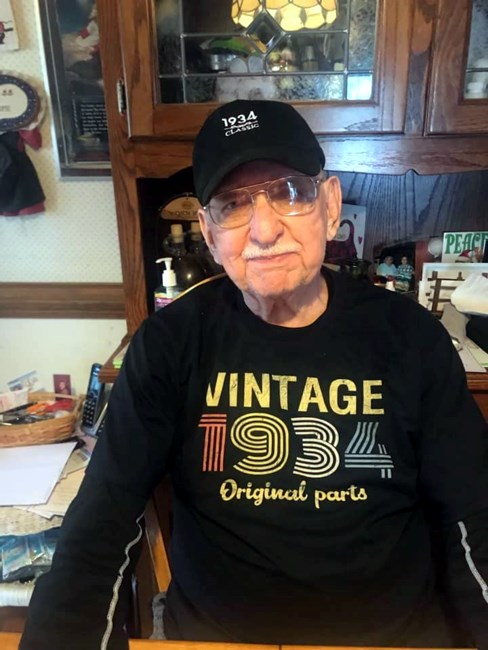 James Emory “Jim” Robinette We are sad to share the passing of Jim Robinette on September 12, 2022, at 88 years old. Jim was born on March 28, 1934, at Huntington, WV. After high school, he served in the U.S. Navy during the Korean Conflict. After retiring from 41 years of service at Bell Atlantic Telephone, he went on to work for 25 years at H&R Block. He and Rosie were members of over 50 years of the St. Albans WV Moose Lodge #868, and achieved the highest honor of Pilgrim degree. He was a lifelong member of the Telephone Pioneers of America, and the Wagon Master Camping Club. Jim was a dedicated father and grandfather who enjoyed spending time with family, traveling, working, and a good meal. Jim was preceded in death by his loving wife of 62 years, Rosella “Rosie” Nease Robinette, his son James Emory “Jimbo” Robinette, Junior, his mother Marguerite Hart, his father William Robinette, his “other mom” Georgia McCoy, and many others. He leaves behind three children, William Robinette, Bruce and Jill Robinette, and Karen and Bill Stapleton. He had four grandchildren, Bethany Stapleton, Olivia Seneff, Tessa Robinette, and Mason Robinette. He had two great-grandchildren, Emmie and Gavin Bonovitch. He also leaves behind his girlfriend, Tabitha Campbell, with whom he shared his home along with their dog Reece. We invite you to join us in his memorial service on September 24, 2022, at 12 pm, at Forrest Grove Christian Church (3881 Hadensville-Fife Road in Goochland).
See more See Less

In Memory Of James Emory ROBINETTE