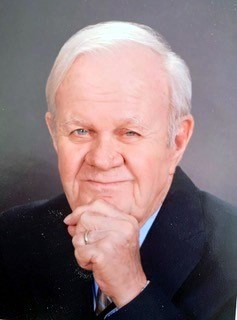 James Monroe Parker III (82) of Henrico County, Virginia passed away peacefully on Thursday, January 12, 2023. He was born on September 23, 1940 in Richmond, Virginia to James M. Parker Jr and Helen Spindle Parker. Jim graduated from John Marshall High School in Richmond, Virginia in 1959, then enlisted in the US Army where he proudly served his country. He was a high speed radio operator, decorated marksman, paratrooper, sergeant in the Airborne division, and served in the Army National Guard. He was employed by C&P Telephone Company (which ultimately became Verizon) where he dedicated 47 years of his life before retirement. He attended Northminster Baptist Church for a number of years before transferring membership to Northside Baptist Church. He loved to hunt and fish and was a member of the Bush River Hunt Club along with several of his most cherished friends. He devoted much time to coaching little league football and baseball and countless hours watching his children and grandchildren participate in various sports and school activities. His ‘down time’ was spent on Gwynns Island enjoying the Bay Life with family and friends. In addition to his parents, Jim was predeceased by his stepmother Margaret Parker and brother, Bill Parker. He is survived by his loving wife of 47 years, Bonnie B. Parker; children, Edward Hartless, Theresa Jones (Wendell), Linwood Robinson Jr (Sarah), Greg Parker (Tracie), Stephen Robinson (Dagmar), Valerie Bell (Robert), and Brian Parker; and 15 grandchildren and 6 great-grandchildren. He also leaves behind sister-in-law, Faye Parker, sister, Dianne Mizelle (Larry), brothers, Dean Parker (Rene’) and Vince Parker (Marian), and several cousins, nieces, nephews and extended family members and friends that will miss him dearly. The family would like to thank the Heartland Hospice team and the staff at Arden Courts for the awesome care given, during his battle with dementia. A Celebration of Life Service is being held for Jim on Friday, February 3, 2023 at Northside Baptist Church, 7600 Studley Road Mechanicsville, Virginia. Visitation will be at 12:00PM followed by the Service at 1:00PM, with a reception immediately following.In lieu of flowers, the family asks that a memorial donation be made to Northside Baptist Church or a charitable organization of your choice.
See more See Less