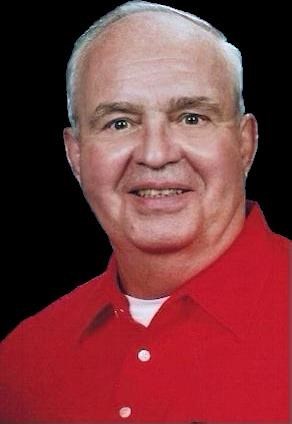 Harold (Harry) Keller of Richmond, VA passed away unexpectedly on November 24, 2022. Harry is survived by his wife of 63 years, Cathryn Keller, as well as his daughter, Kirsten, and her husband, Jamie Blietz of Silver Spring, MD, and son, Harold (Jr), and his wife, Anjou Keller of Cypress, TX. He was a loving grandfather to his grandsons Trevor, Ethan, and Spencer, and his granddaughters Kayla, Mira, and Elsy. He will also be missed by his brothers, Allen and Donald Keller, and a sister, Esther Lawrence. Harry was born in 1939 in a farmhouse in Upper Sandusky, Ohio. He grew up on the farm until he was 18 years old and then went to attend Indiana Polytechnical College. After graduating from college, Harry decided to serve his country by enlisting and becoming a naval officer in the U.S. Navy in 1961. During his 10-year naval career, Harry served on several ships and participated in adventures ranging from the Cuban Missile Crisis, retrieving returning astronauts, and serving off the coast of Vietnam during war. Upon his discharge from the U.S. Navy in 1971, Harry attended graduate school at Ohio State University earning a master’s degree in computer science. Harry fell in love with The Ohio State, and became involved in the alumni association when he and his family moved to Richmond, Virginia. A lifelong fan and booster on the OSU Buckeyes football team, Harry attended dozens of games over the years, and enjoyed “watch parties” with his fellow Buckeyes. He kept busy with his career in Data Processing and Information Technology for a variety of firms until his retirement in 2004. In his retirement, Harry became more involved in the OSU Alumni Association, arranging various activities and scholarship fund raisers for future OSU students. He also enjoyed participating with his community men’s club and taking long walks. Beginning in his childhood, Harry also developed a love of all animals, and it was a rare time that he did not have a pet in his house, especially his beloved cats. A private ceremony will be attended by his close family, and a “Celebration of Life” will be held at a future date. In lieu of flowers, please consider a donation in Harold’s memory to The Scarlet & Gray Advantage Scholarship Fund #317567. You can make your gift online at https://www.giveto.osu.edu/makeagift/?fund=317567 or by check (made payable) to The Ohio State University Foundation, with a memo of “In memory of Harold R. Keller, Fund 317567,” mailed to: The Ohio State University Foundation, PO Box 710811, Columbus OH 43271-0811”
See more See Less

In Memory Of Harold Richard Keller