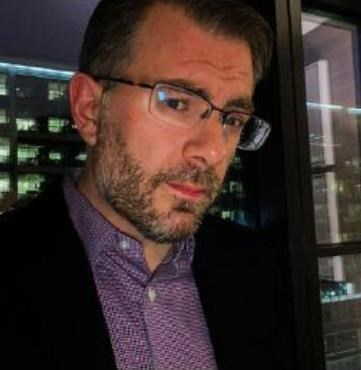 It is with great sadness that we report the sudden passing of David Michael Beniamino. A native of Geneva, NY, David was living and working just outside of Richmond, VA. David is survived by his mother Anette (Phelps, NY) and sister Sarah Beniamino (Williamsburg, VA), his nephew DeAnte Beniamino (Auburn, NY), his nieces Zania and Kitana Beniamino ((Williamsburg, VA), and his Uncle James Beniamino (Virginia Beach, VA). David was predeceased by his father Stephen Beniamino, grandparents Joe and Pat Beniamino and grandfather Ned Forbes. “Uncle David” was also the God Father of Eliana Rose Pealer. David grew up on East North Street Geneva, and was a graduate of Geneva High School (‘95), Finger Lakes Community College (‘97), SUNY Brockport (‘00), and was one class away from a Masters in Urban Planning at the University at Buffalo. David was a successful Planner and Economic Developer in Middleburg and Richmond Virginia. For the last several years he was Manager of the Land Use team in the south region at NB+C. He was devoted to his work as a Planner and worked closely as a mentor to numerous individuals in the company. He acted with selflessness whenever anyone needed his assistance. When Dave’s manager learned of his passing he wrote, “Many people come and go in our lives without leaving much of an impact on us, but for me David Beniamino was not one of those people. He was a colorful character who lived a life of passion, adventure, and enthusiasm. David had some of the greatest stories and tales of anyone I’ve ever known.” David was a lover of food, music and an avid Magic The Gathering card player. He often competed on a national level. Legend has it that in the late summer of 1993 David and his friends began the now global event of “Friday Night Magic” (FNM), organizing competitive game-play at Water Street Cafe in downtown Geneva. David was a loyal friend and loving Godfather. The night before his passing he called his God Kids to wish them goodnight, discuss basketball fundamentals, and to remind them he was better looking than their father. Classic. This loyalty, humor, and love leaves many with fond memories and heavy hearts. Instead of a service or calling hours, David’s close friends are holding a Memorial Happy Hour. All who knew him are welcome to eat and drink in his honor at Dana’s Time Out, 258 Hamilton St, Geneva on Saturday February 4th, at 5:30pm. In lieu of flowers, please send all donations to the American Heart Association (www.heart.org).
See more See Less

In Memory Of David Michael Beniamino