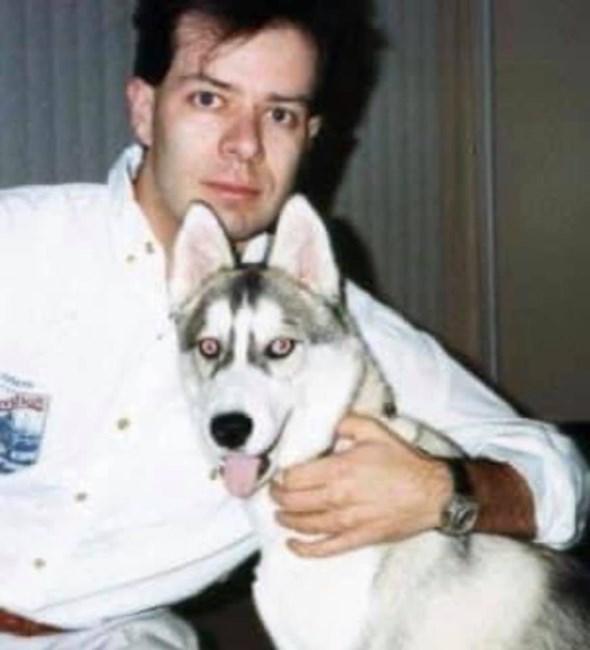 Terry Kevin Amthor, age 62, of Charlottesville, Virginia passed away on Saturday, September 25, 2021. Terry was born October 18, 1958, in Chicago, Illinois. As a child, Terry formed an early love for and obsession with science fiction and fantasy. Star Trek, Voyage to the Bottom of the Sea and Lost in Space were among his favorite programs. He was a voracious reader throughout his life, which honed his writing skills and allowed him to express all the wonderful stories and starships floating around in his head. When Terry was 14, he and his mother Audrey and sister Tammy travelled to England and Scotland, where they visited Stonehenge, Winchester Cathedral and Loch Ness. This inspired a lifelong love of international travel for Terry. In high school, Terry was fiction editor of Vernissage literary magazine and was in the marching and concert bands, as well as the orchestra. He played many instruments but was an exceptional bassoonist. He also enjoyed bell ringing and puppeteering while a member of Westminster Presbyterian Church during the mid-70s. He graduated from Bethel Park Senior High School (Pennsylvania) in 1976. After graduation Terry attended the University of Virginia, majoring in architecture, but his love for and talent in writing and gaming led to a successful career as a roleplaying game designer and fantasy author. He was one of the original founders of Iron Crown Enterprises (ICE) in 1980. His Shadow World role-playing game and other creations gained him many friends and fans around the world. Terry was guest of honor at the Boras Spelkonvent 8, a gaming convention in Sweden, November 1990. Terry lived in Washington, D.C. for many years before returning to his beloved Charlottesville, Virginia in 2015. He continued to write in the final years of his life and enjoyed doing so while sitting at the large picture window in his home office with its beautiful view of trees and birds. Terry is survived by his sister, Tamara Amthor Galbraith of St. Augustine, FL, and by his mother, Audrey Amthor of Bethel Park, PA and half-brothers Frank, Phil and Eric Amthor. You can read more about Terry, his life, and his work on his Wikipedia page: https://en.m.wikipedia.org/wiki/Terry_K._Amthor Memorial service plans are pending.
See more See Less

In Memory Of Terry Kevin Amthor