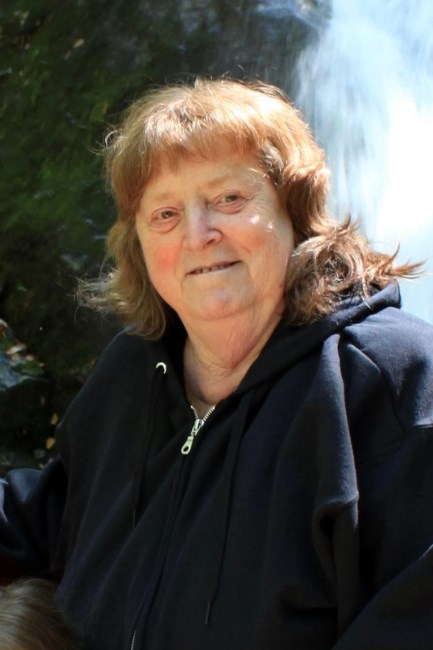 Roxine “Roxie” Louise Ballentine, (Behrens-Beamer) aged 77, passed away peacefully on Sunday, September 18, 2022 in Charlottesville, VA. shortly after being diagnosed with Metastatic brain and lung cancer in June. Roxie was born in Salem County, NJ; and grew up in Penns Grove, NJ along the North Shore (currently Delaware Ave). Roxine is now reunited with her loving husband Carl A. Ballentine, Sr., whom she lost last year due to his battle with cancer. She will also be joining her two sons Michael P. Beamer and Alan H. Beamer, granddaughter, Amanda Beamer, along with all the other cherished family members that are no longer with us. Roxine is survived by her children Kimberly A. Venuto and husband Douglas of Carney’s Point, NJ, Richard D. Beamer, Jr. and his wife Victoria of Schuyler, VA and Priscilla E. Beamer of Myrtle Beach, SC. She also had 3 step-children Lisa Ballentine, Carl Ballentine, Jr. and Walter Ballentine of Salem County, NJ. Her grandchildren include Brittany Venuto of Carney Point, NJ, Brandis Venuto of Carney’s Point, NJ, Megan Allison of Newport, TN, Cameron Beamer of Schuyler, VA, Geri Beamer of Manassas VA and Alinna Beamer of Myrtle Beach, SC. She has 8 great grandchildren: Harley, Ryley, Heidi, Karlee, Gavin, Issac, Bayley and Caleb, she very excited about the newest great great grandchild, Theodosia Rose that is expected in Nov. She also survived by her sister Sandy Stoms of Upper Pittsgrove Twp, NJ, brother Paul Behrens of Bridgeton, NJ, Earl and his wife Janice Behrens of Elmer, NJ, Harry and Barbara Behrens of Vineland, NJ. Roxie is also survived by her adopted daughter Jessica Jenkins of Charlottesville, VA and her 2 daughters Natalia and Ellena Jenkins (granddaughters). Roxie grew up on the North Shore of Penns Grove, NJ, then married and moved to Deepwater, NJ where she raised her 5 children. Once she retired from the State of New Jersey, she and her husband were ready to make the move to Virginia. They moved to Schuyler, VA in 2004, home of the Walton’s, she was proud of that fact. She resided with her beloved husband Carl A. Ballentine, Sr. until he passed in Aug. of 2022, this left her heartbroken. When she and Carl moved to VA they became foster parents to several children that all knew both of them as mom-mom and pop-pop, she loved children. Roxie looked forward to spring so she and Carl could go camping down at the Jersey shore from May until Oct when they closed down the campgrounds for winter. She enjoyed caring for the wildlife the would visit her backyard in VA, from birds to bears, she loved and feed them all. Roxie was a very personable person, so easy to talk to that she made friends wherever she went, just give her a cup of coffee and she was good to go for hours. Roxie loved to make donations to various charities, so we are asking in Lieu of flowers please donate to Hospice of the Piedmont. She was very happy with the care that she and Carl received in their final days with us. Hospice of the Piedmont, 675 Peter Jefferson Pkwy, Suite 300, Charlottesville VA, 22911. In Memory of Roxine Ballentine. Services will be at the Salem County Veterans Cemetery in Pilesgrove, NJ this will be announced at later time.
See more See Less

In Memory Of Roxine L. Ballentine