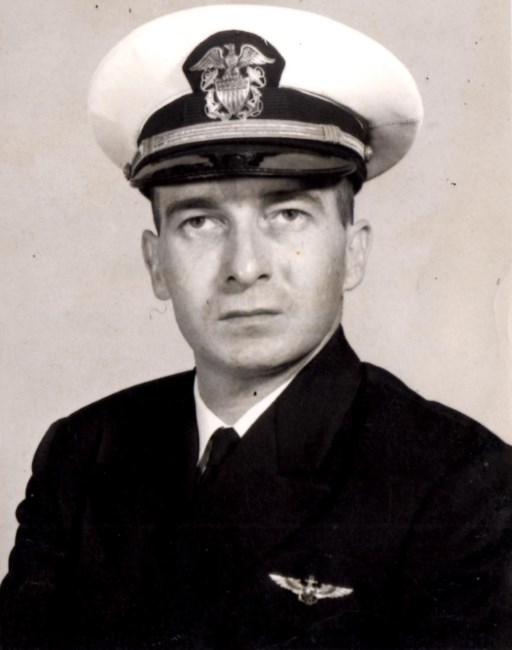 On Friday November 11, 2022, LCDR Walter James (Jim) Kirsch III peacefully passed from his wife’s loving arms and into his heavenly home. He was preceded in death by his parents Walter and Rose Kirsch, his brothers Calvin Kirsch and Warren Kirsch and his daughter Rebecca DiMarino. He is survived by his wife of 65 years, Gretchen Virginia Schmidt Kirsch and his children Jim (Linda), Cindy Straub (Don), Gretchen Cannon (Mike), Michael (Karin), Tim (Becca) and Richard, as well as 9 grandchildren and 3 great-grandchildren. All of his life Jim had a passion for flying, and when he was 21 years old and studying nuclear science, he changed his future plans and joined the Navy, thus beginning his career of 20 plus years (1958-1979) of service as a Naval Aviator. Most of that time was spent flying from aircraft carriers. He second career was working as a database analyst and programmer working for defense contractors before retiring in 1997. Jim enjoyed his retirement years together with his beloved Gretchen, travelling the country in their lovely motor home and the enjoying the company of their friends, many children, grand and great-grandchildren. A memorial Mass will be held at St. Raymond of Penafort Roman Catholic Church in Springfield Virginia on Monday November 28th, 2022 at 11:00am. In lieu of flowers please consider a donation to the Wounded Warriors, Tunnel to Towers (T2T), or Little Sisters of the Poor.
See more See Less