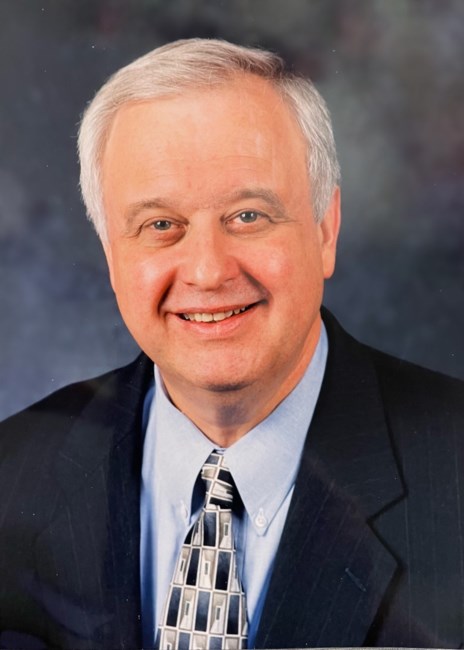 Gilbert K. Davis, 79, a Northern Virginia general practice lawyer, passed peacefully on Sunday, February 13, 2022, in Fairfax, Virginia, after a long battle with Alzheimer’s Disease. Gilbert was born October 2, 1942, in Waterloo, IA, the son of Dr. Dwight M. and Alice Fredrickson Davis. He attended school in Moline, Illinois, where his father was superintendent of schools and his mother was a schoolteacher. Gil graduated from Cornell College in Mount Vernon, Iowa. He taught school in Iowa City, Iowa, and coached basketball. Gilbert commenced his law career after graduating from the University of Virginia School of Law in 1969, when he was appointed by the Attorney General of the United States as an Assistant US Attorney for the Eastern District of Virginia. He prosecuted the panoply of federal crimes which included several “firsts.” These included the first aircraft hijacking in America; the first case under the Clean Air Act; the first case under the 1968 Gun Control Act; and the first Director of the United States Marshall Service who was the first high Nixon official to be imprisoned. Mr. Davis authored the Criminal Procedure Manual for the Eastern District of Virginia. He successfully tried cases in twenty states and the District of Columbia. In 1973, Mr. Davis started private practice in the law firm of Duvall, Tate, Bywater and Davis. He filed a case against Bethlehem Steel Corporation on behalf of a Kentucky mountaineer who claimed ownership of the coal under his land. The litigation started when the mountaineer brandished a gun which worked to cause the survey team to skedaddle. At that time, taking the law into their own hands was a way of life. This was in Pike County where the Hatfields and McCoys had their feud. Indeed, a deputy sheriff threatened Mr. Davis to leave Pikeville, twenty-one years later, in 1995, when the litigation was concluded. Nevertheless, the local citizens have continued to receive Mr. Davis as a hero. The judgment was the largest unliquidated damage award in Kentucky history. In the first lawsuit against a sitting President in United States history, Mr. Davis’s client, Paula Corbin Jones, sued the president for unwanted sexual conduct. Monica Lewinsky became known in Mrs. Jones’s deposition of the President. This led to the president’s impeachment for perjury. The President appealed to the US Supreme Court that he was immune from private lawsuits while serving as president. The Court disagreed with President Clinton, agreeing instead with Mr. Davis’s argument that no man, including a sitting president is above the law and in a unanimous 9 – 0 decision ruled that Mr. Clinton must submit to the immediate litigation process. During these oral arguments, Mr. Davis was warned that jokes were not permitted; nevertheless, his quick wit and vivacity had the justices laughing. He was Chairman of both the University of Virginia and Virginia Young Republican Clubs. Mr. Davis served as Parliamentarian of the Ronald Reagan White House Conference on Small Business. Gil was a longtime member of the Fairfax County Republican Committee and served leadership roles for federal and state Republican candidates for public office. He also served as General Counsel and as Parliamentarian for the 11th Congressional District Republican Committee. Gil was a member of the Rotary Club of Bailey’s Crossroads. Gilbert has one sibling Trevor (Linda) Davis, a retired Methodist minister in Burlington, Iowa. Gil married his high school sweetheart, Pamela Saunders Schofield in 1964. They have two daughters, Luanne (Lat) Inn and Heidi Solis, both of Centreville, VA. Luanne and Heidi are both elementary school teachers in Fairfax County, Virginia. Gilbert was blessed with seven grandchildren who he absolutely adored: Rivanna Morgan; Alicia, Andre, Ari and Maryah Solis; Juliette and Rosalie Inn. Gil and Pam separated in 1995 but shared many happy memories together as a family. Gilbert never remarried. He was preceded in death by both of his parents. Gilbert was a Christian man of great faith. Though Alzheimer’s robbed him of many things, it never robbed Gilbert of his great sense humor, wit, charm, kindness to others, joy of music, love of his children and grandchildren, and his trust and faith in Our Savior, Jesus Christ. Gilbert’s family would like to thank all the staff of Manorcare Heath Care Services - Fair Oaks who loved and cared for him the last years of his life, especially through the twenty months of the pandemic lockdown. He was treated with love, respect, and great care. We are forever grateful. All are invited to Celebrate the Life of Gilbert K. Davis, Sunday, April 3, 2022, The State Theatre, 220 North Washington Street, Falls Church, VA 22046. Doors will open at 3:00, Memorial Service will begin at 3:30, Reception and celebration to follow. Please use this link for further information and to RSVP: http://evite.me/E6b8gnVC6X (click on the link below under "Donations") RSVP is requested but not necessary to attend. Email Heidi Solis at solisstrings@yahoo.com for additional inquiries.
See more See Less

In Memory Of Gilbert Kenneth Davis