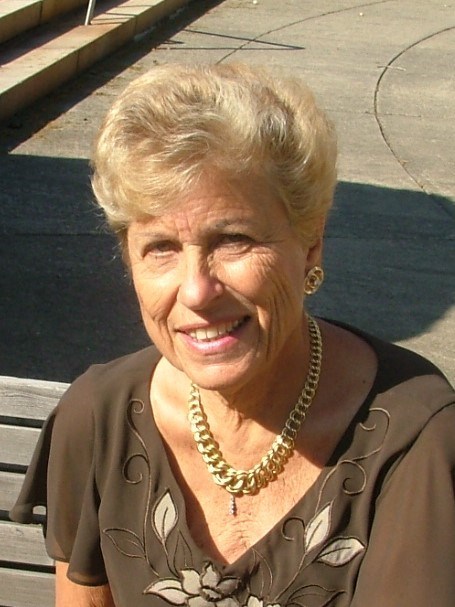 Carol Julia (Levy) Mardon, a retired teacher and real estate agent who was a longtime resident of Poughkeepsie, N.Y., and Boynton Beach, Fla., died September 18 in Falls Church, Va. She was 83. An active member of Vassar Temple in Poughkeepsie, Carol’s hobbies included reading fiction, playing piano, brisk walking, tennis and swimming. She spent many relaxing summer afternoons on the family boat on Candlewood Lake in Connecticut with family and friends. She was known for her lively sense of humor and candid opinions, and loved listening and singing along to Broadway musicals, Frankie Valli, Dean Martin and Frank Sinatra. Family was very important to Carol and she always enjoyed seeing and talking with the families of her children, grandchildren and brothers, as well as her many aunts, uncles, cousins, nieces and nephews, and lifelong friends. Born March 20, 1939, in New York City, she was the daughter of Dr. Joseph and Mrs. Bertha (Bertie) Levy. After graduating from Malverne High School in 1956, she graduated with a Bachelor’s Degree in Education from Syracuse University in 1960. At Syracuse she met Kent Mardon, then a law student, and they married in 1960. Carol taught elementary school from 1960 to 1964 in North Syracuse and Baldwin, Long Island. After moving to Poughkeepsie and taking time off to focus on raising her two sons, Russ and Steve, she returned to teaching as a substitute in the Poughkeepsie area in the late 1970s and early 1980s. In the mid-1980s, Carol became a real estate agent in Poughkeepsie, winning several sales awards. After her marriage ended, she moved to Platina in 1999, a retirement community in Boynton Beach. For many years there, her partner was Jack Shouel, who died in 2017. In 2015, she relocated to the Washington D.C. area, where Russ lives. At the time of her death, Carol lived at the Kensington Falls Church, an assisted living facility. She faced several health problems in her final years, and was not always able to keep in touch with friends and family. But she cherished her memories of those who were close to her and often recalled her favorite moments. Carol is survived by her sons; her brothers, Ralph and George Levy; her former husband, Kent Mardon; her daughters-in-law, Ariana Leon and Kim Sherman; and her grandchildren, Sophie, Jenna, Sasha, Zella and Sachin. Her family will hold a private memorial service in October.
See more See Less

In Memory Of Carol Julia Mardon